“Cash for Clunkers” Should Have Used the Cloud! 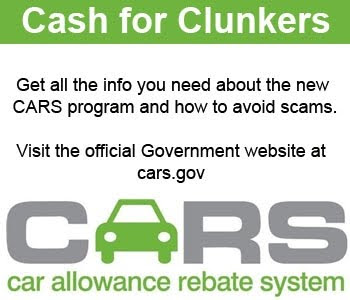 Rich Bruklis wrote an excellent essy on how the government missed a perfect opportunity to use cloud computing. In “Cloud Opportunity Missed” he writes:
“It appears that the voucher system set up to handle dealer claims was crushed by unusual high demand. Now ‘unusual high demand’ to me is synonymous with cloud computing.”
He also cited three drivers that caused the problem:
– The high popularity surprised the auto industry which forecasted that the program wouldn’t have a major effect on sales.
– The dealer sales people ‘pre-sold’ the program to customers causing an initial rush to the Cash for Clunkers web site and crashed the system.
– The Transportation Department officials were presented with just 30 days to get the program up and running.
As Rich also noted, it seems that the Government instictively relied on less automation, not more, by adding 700 more human claims processors to the original 300 midway through the program.
Why didn’t they consider cloud computing !! SCRATCH THAT!!
Update: Apparently they did use cloud computing !! According to a Washington Post article, Oracle OnDemand application was used:
“Administration officials said the On Demand program, produced by Oracle, allowed Cash for Clunkers to keep running even as consumer interest in it rose in the initial days by more than 10 times the government’s projections.”
( Thank you. If you enjoyed this article, get free updates by email or RSS – KLJ )
Follow me at https://Twitter.com/Kevin_Jackson
Posted in Uncategorized