Fathers of Clouds – A Tribute

For more than half a century, cloud computing has changed names more often than a Hollywood starlet.
Utility computing. Time share. Thin client. SaaS. PaaS. IaaS. While concepts have been added and capabilities grown, cloud computing was no more invented by Amazon or other modern vendors in the last seven years reality invented by reality shows. It’s simply been advance, repackaged and repurposed for as long as computer connectivity has existed.
In honor of Father’s Day, NJVC looks up the family tree of cloud computing to say thank you to six of the fathers of cloud computing.  (And if you’re wondering about a gift, a single tie will suffice. Certainly, these guys understand how to share.) Dr. John McCarthy—In the manner that genius tends to be promiscuous in emerging fields, McCarthy is often given credit as the father or influencer of many things, including Artificial Intelligence, e-commerce and time-share computing—what may be considered the earliest implementation of cloud computing. In 1961, McCarthy famously described the future of networked computing as a utility. “Computing may someday be organized as a public utility, just as the telephone system is a public utility. Each subscriber needs to pay only for the capacity he actually uses, but he has access to all programming languages characteristic of a very large system. … Certain subscribers might offer service to other subscribers. … The computer utility could become the basis of a new and important industry.” McCarthy’s vision of the computing network to come was mainframe—based in a way that somewhat missed the bull’s eye, but hit the right target, regardless of the technology’s name. “We keep inventing new names for timesharing,” McCarthy’s Stanford colleague Les Earnest told the Los Angeles Times when McCarthy died in 2011. (https://www.stanford.edu/~learnest/). “It came to be called servers. … Now we call it cloud computing. That is still just time-sharing. John started it.” For those born in the Internet era, McCarthy’s familiar wobbly bonnet of gray hear and thick, black horn-rimmed glasses marked him as someone of another time, and he was—though he may have been a man of the future rather than the past. McCarthy’s concept of the rise of cloud computing wasn’t perfect—he shortchanged the value of the personal computer—but his implementation of timesharing set a course for cloud computing, which is only just being realized.

J.C.R. Licklider—In the late 1950s and early 1960s, even technical lexicon came adorned with the influence of Buck Rogers and the space race. Thus Licklider’s 1962 declaration of a vision that would become the Internet bore the unmistakably audacious and space age sobriquet “Intergalactic Computer Network.” If Licklider spoke on a vast scale, he thought on even broader one, constrained by the bandwidth of the times, not the bandwidth of mind. His Intergalactic Computer Network concept spurred the creation of the Advanced Research Projects Agency Network, a direct ancestor of the modern Internet and the globally connected world. But “Lick,” as he was commonly known, understood the possibilities of cloud computing in a manner more liberating than more utilitarian vision of McCarthy’s early predictions. Licklider saw the possibility of global computing as an element of the human lifescape—a tool of personal connectivity, not merely an agent of business. 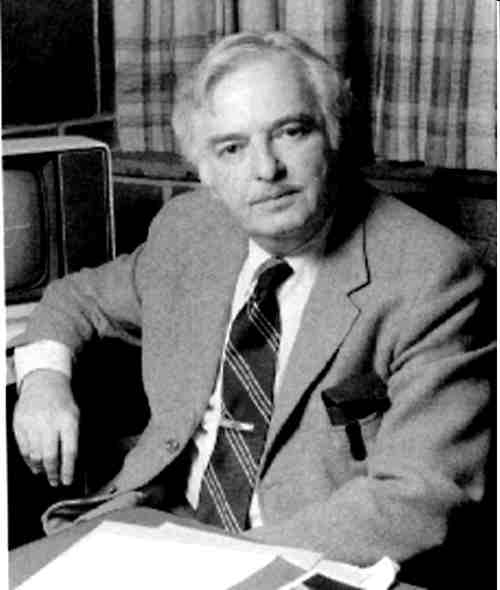 John Kemeny and Thomas Kurtz—In pseudo code the duo who created BASIC might appreciate,
“10: IF {Cloud Pioneer} Then GOTO 20
20: PRINT “THANK YOU.”

Dartmouth Professors Kemeny and Kurtz designed the BASIC programming language to allow students to write programs on the Dartmouth Time Sharing System (DTSS), the first successful, large-scale implementation of time-sharing, in 1964. While the technology was then still called timesharing, the underlying concepts, remote access and shared resources, have the same genetic markers of what is now cloud computing. Kemeny and Kurtz’s introduction of BASIC also underscored another key concept of modern cloud computing—ease of use. By the 1970s, the DTSS supported more than 300 users—and 300 pairs of bellbottoms—simultaneously. The system lasted 35 years, before being deprecated in 1999, and proved the feasibility of the earliest cloud.
Marc Benioff—If a picture is worth a thousand words, then the familiar image of Benioff seated beneath a poster of the word software crossed out, must somehow be a collage. In it is an entire biography of how Benioff pioneered software as a service (SaaS) and then wrote the book on modern cloud computing (Literally. You can buy it here https://www.amazon.com/Behind-Cloud-Salesforce-com-Billion-Dollar-Company-/dp/0470521163/ref=sr_1_1?s=books&ie=UTF8&qid=1371217561&sr=1-1.).  Benioff, a vice president at Oracle by the boyish age of 26, founded Salesforce.com in 1999, delivering customer relationship management software over the Internet in a time when the screeching of dialup modems still sound tracked most Web usage. Benioff’s mission, “The End of Software,” is as brash as it has been predictive in an era that has seen the rise of Google Apps, Amazon Web Services and an entire SaaS industry. Salesforce.com remains the single most popular CRM tool; Benioff the single-most visible face of SaaS.

Vivek Kundra—In the process-driven bureaucracy of federal IT, implementing organizational change can be a little like steering a battleship with a pair of wooden oars. But Kundra, the nation’s first federal CIO, managed to leave an enterprise-level legacy during his two-and-a-half-year tenure, highlighted most pointedly by the acceptance of cloud in the federal IT vocabulary. Kundra’s “25 Point Implementation Plan to Reform Federal IT,” remains a core vision statement in federal IT; his cloud-first mandate one of era-markers in government infrastructure. Perhaps his greatest contribution, though, was simply consensus building, gaining acceptance for cloud computing among federal leadership through something of a charisma crusade. “The force of his personality [led] to the rapid adoption of cloud computing as a major driver of reform,” NJVC Vice President and General Manager, Cloud Services, Kevin L. Jackson wrote in 2011. While the returns on Kundra’s initiatives remain uncertain, the first chapter of the book of federal cloud will be littered with references to his work.

Reuven Cohen—Middle ground seems to be a blank spot on the map of Reuven Cohen when it comes to the importance of cloud to IT. “You must adapt or die,” the self-titled “digital provocateur” (Read his Forbes blog of the same name here: https://www.forbes.com/sites/reuvencohen/”) declared bluntly in a 2012 blog post, regarding the current cloud transformation in IT and willingness of IT to adapt in general. But Cohen, cloud’s aggressively articulate hype man  and one-man-IT/PR firm, is a doer, not just an advocate. In 2004, Cohen founded Enomaly, an early infrastructure-as-a-service offering, later purchased by Virtustream in 2012, where Cohen currently serves as an executive vice president. Perhaps most importantly, Cohen’s techno-proselytizing, has helped cloud gain acceptance in and out of the IT community.