June 13, 2014 / G C Network / Comments Off on GovCloud Founder and Veteran’s 360 Showcased in US Veteran’s Magazine

Kevin L. Jackson, CEO and Founder of GovCloud Network, LLC, was showcased in US Veteran’s Magazine for his work with Veteran’s 360, a San Diego, California non-profit.

With more than 30,000 troops return to civilian life after serving the country, Vets360 helps them through this sometimes difficult transition by providing training designed to provide skills that will ensure long-term success in the future job market. With eyes on that future, and after extensive research,Veterans 360 decided that cloud technology was a perfect venue for veterans looking for meaningful employment and a long-term career.

Working with The National Cloud Technology Association and the Cloud Credential Council, Mr. Jackson developed a custom course for this new endeavor. Jackson is well known from his contributions to the industry and his innovative “Cloud Musings” blog, recognized as one of the world’s 30 most influential cloud blogs. A U.S. Navy veteran, Mr. Jackson brings stellar credentials, insight and influence to the Veterans 360 training program, located in San Diego, California. Veterans 360-Cloud, Sylvan Learning and the Workforce Investment Board will be providing the training for veterans. 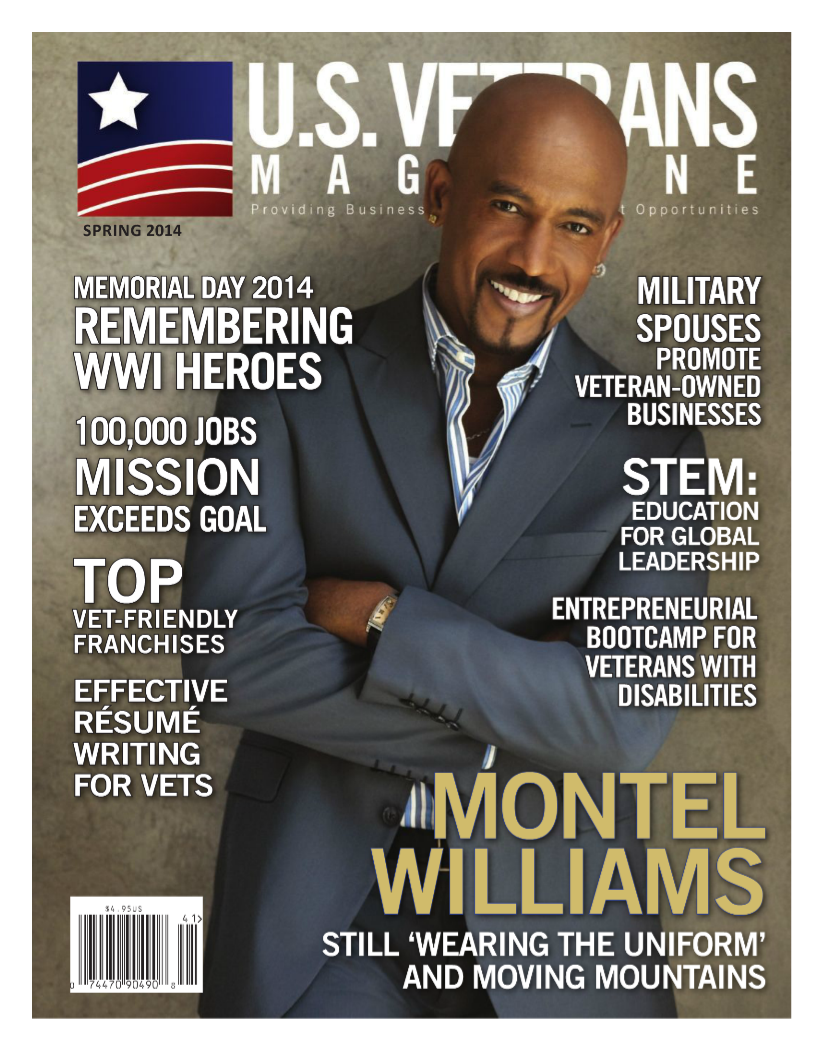 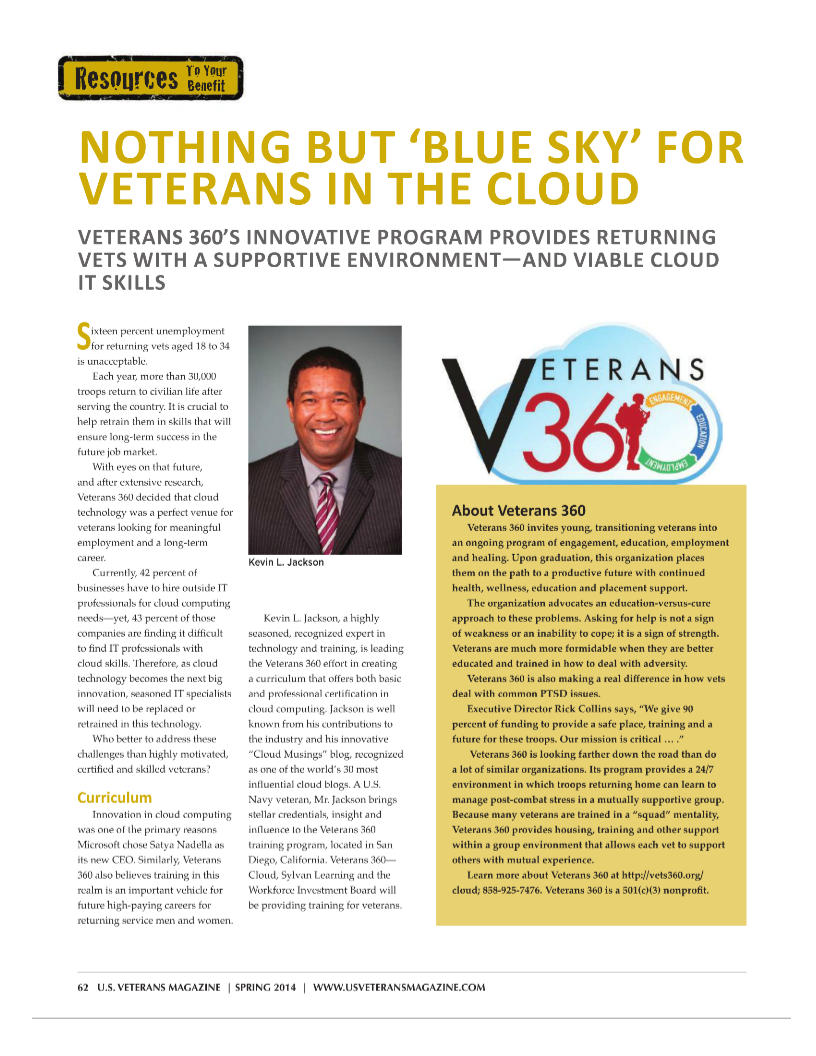 Mr. Jackson’s appearance in this issue is sort of a encore with the well known television personality, radio talk show host, and actor Montel Williams. In 1996 the two US Naval Academy graduates teamed up on “Black Wings – A Chronicle of African Americans in Aviation“. Kevin Jackson served as the lead researcher and Mr. Williams narrated the SSB Inc and Smithsonian National Air & Space Museum produced multi-media CDROM.

US Veteran’s Magazine is available online at https://www.usveteransmagazine.com/. You can also CLICK HERE to download a digital copy of this issue (https://online.publicationprinters.com/launch.aspx?eid=098434e5-0e79-4ed2-bbe2-e3bbba1bcbda).