How Quantum computing with DNA storage will affect your health

May 5, 2017 / G C Network / Comments Off on How Quantum computing with DNA storage will affect your health 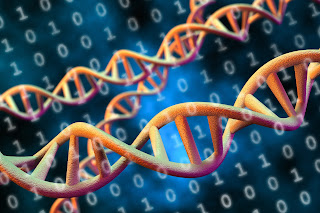 By Guest Contributor:
Taran Volckhausen, Contributing Editor at Vector (https://www.indexer.me)
Moore’s Law, which states that processing speeds will double every two years as we cram more and more silicon transistors onto chips, has been faltering since the early 2000s when the law started to run up against fundamental limitations presented by the laws of thermodynamics. While the chip industry, with Intel leading the charge, has found ways to sidestep the limitations up until now, many are now saying that despite the industry’s best efforts, the stunning gains in processor speeds will not be seen again by the simple application of Moore’s Law. In fact, there is evidence to show that we are reaching the plateau for the number of transistors that will fit on a single chip. Intel has even suggested silicon transistors can only keep getting smaller during the next five years.
As a result, Intel has resorted to other practices to improve processing speeds, such as adding multiple processing cores. However, these new methods are just a temporary solution because computing programs can benefit from multi-processors systems up until a certain point.
RIP Moore’s Law: Where do we go from here?
No doubt, the end of Moore’s Law will certainly present headaches in the immediate future for the technology sector. But is the death of Moore’s Law really all bad news? The fact the situation is stirring heightened interest in quantum computing and other “supercomputer” technology gives us reason to suggest otherwise. Quantum computers, for instance, do not rely on traditional bit processors to operate. Instead, quantum computers make use quantum bits, known as “qubits,” which is a two-state quantum-mechanical system that can process both 1s and 0s at the same time.
The advances in processing speeds made possible by quantum computing would make Moore’s Law look like a caveman’s stone tool. For instance, the Google-funded D-Wave quantum supercomputer is able to outperform traditional computers in processing speeds by a mind-blowing factor of 100-million. With the advantages offered by “quantum supremacy” easy to comprehend, the race is now on between tech-heavyweights such as Google, IBM, Microsoft and Intel to successfully prototype and release the first quantum computer for commercial use. However, due to the “weird” quantum mechanics the technology relies on, there are few barriers to working with and storing data derived from processing with qubits.
Brave new world: Quantum Computing with DNA-based Storage
Basically, the fundamentals of quantum mechanics don’t permit you to store information on the quantum-computing machine itself. While you could convert its data for storage on traditional devices, such as the solid-state hard drive, you would need to process a nearly infinite amount of information, which would require an impossible amount of space and energy to achieve. However, there could be a solution, but it requires us to look within. Not in a hippy-dippy “finding yourself” sort of way, but rather the double helix code found in in humans and almost all other organisms: DNA. For decades, researchers have toying around with using DNA as both a computing and a storage device. Recently, a team of researchers at Columbia University demonstrated that their coding strategy based on one strand of DNA could store 215 petabytes of information. “Performing sentiment analysis on quantum computing and DNA storage topics with Vector API, may uncover robust demand for these technologies in various industries such as healthcare.” says Jo Fletcher Co-Founder Indexer.me.
What would supercomputers mean for health treatments?
The human body is an incredibly complex organism. While the markets have released many life-saving drugs, there are many barriers holding us back from realizing their maximum potential. Standard computing isn’t powerful enough to truly predict the ways a drug will react with an individual’s particular genetic composition and unique environmental factors. With quantum computing based on DNA storage, however, you would have the ability to examine pretty much any scenario imaginable by mapping a much more accurate prediction of the of any given drug’s interaction with a particular person based on their genetics and environment. With quantum computing, medical professionals will be able open a new chapter in drug prescription outcomes by tailoring each treatment to meet the exact requirements of each individual.
About Vector
Vector is a natural language processing application that performs information extraction on millions of news stories per day. It provides high value to any quantitative researcher, adding a collaborative-authoring workflow in perfect synergy with the most powerful and unique faceted search in the business. For more information, please visit www.indexer.me or jofletcher@indexer.me.
Useful Links
Vector website: https://www.indexer.me
Press kit: https://www.indexer.me/media-kit.html
Social Media: @indexervector, LinkedIn@Indexervector, @indexerme, @jofletcher
About Indexer
Indexer is a tech start-up in the artificial intelligence space and has a focus on computer vision and natural language processing technologies.

This content is being syndicated through multiple channels. The opinions expressed are solely those of the author and do not represent the views of GovCloud Network, GovCloud Network Partners or any other corporation or organization.