Just Pinched Myself ! Part of a “GovCloud Dream Team” !!

DBT-DATA provides reliable, flexible, and cost-effective data center solutions to federal, enterprise, and internet customers. With premier facilities in Ashburn, Virginia and the Cyber Integration Center in Harrisonburg, Virginia, they acquire, develop, own, and operate facilities that are not only engineered to the highest standards, but are also strategically located in the most reliable, cost-effective and risk-averse geographies.

A critical component of their aggressive pursuit of excellence is their premier Advisory Board. Ideally suited to establish relationships between their clients, commercial data center providers, and the federal integrator community, this “GovCloud Dream Team” is now in place. The DBT Advisory Board consists of: 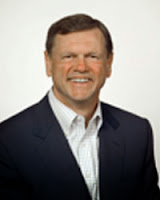 Mr. Williamson has vast experience across the industry and has played integral roles with Raytheon and Microsoft, among many others. His experience with Raytheon includes being the Director for Integrated Communication Systems (ICS) and the VP of International Programs. He was responsible for Navy C3I and ForceNet strategies which led to Raytheon’s $1 Billion NMT win. He also created and executed the International and Domestic Business Development strategy for $900 Million of sales by Raytheon Communications.

With Microsoft, he served as the Executive Director of Global Government. Mr. Williamson led the development of Microsoft’s first ever global government strategy. While there, he developed an Executive Partner Engagement Strategy and created the methodology to build key relationships with the Systems Integrator community. He was responsible for sales, business development, and the capture/proposal process for the $1.6 Billion Public Sector Business. He grew the Public Sector business an average of 34% per annum for five consecutive years. He lead the strategic planning for Microsoft’s NMCI proposal, winning over $400 Million in new government sales, and also renegotiated a $25 Million, multi-year license agreement for over 30,000 servers with OSD, NII. Mr. Williamson also serves as the President of The Severn Group, LLC in Annapolis, MD. 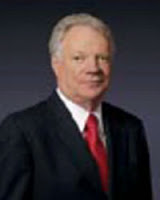 Dr. Foley has over 35 years experience as an executive in the Federal Marketplace.

Dr. Foley was the Group President of SAIC’s Research and Intelligence Group from 1991 to 2005. During this period the Research & Intelligence Group, it’s revenue from $70 M to over $2B in annual revenues. The Group had seven Business Unit General Managers, over 10,000 employees and 100 operating locations worldwide. During his tenure with SAIC, Dr.Foley also served as a member of the Board of Directors for SAIC and served on the board of two wholly owned subsidiaries; Telcordia (Bell Core) and SAIC’s Venture Capital Corporation.

Dr. Foley served as the Office Director of the Defense Advanced Research Projects Agency (DARPA) for Special Projects. He also served as the Executive Vice President for PAR Technology Corporation.

Until the end of June 2013, Henry J. Sienkiewicz was a member of the Senior Executive Service (SES) assigned to the Defense Information Systems Agency (DISA), where he served in multiple capacities. Most notably he served as the Agency’s Chief Information Officer (CIO) for two years and as the Designated Approving Authority (DAA) for three years. Mr. Sienkiewicz is currently the COO for an emerging software company. He or his companies have been the recipient of multiple awards for innovations or achievement in the technology industry. He retired as a United States Army Reserve lieutenant colonel in July 2008. Henry holds a bachelor of arts from the University of Notre Dame and a master of science from Johns Hopkins University. In 2011, he was named one of the Top 50 Government CIOs by Information Week. In 2013, Mr. Sienkiewicz was selected by Computer World as Premier 100. He has published two book, Untangled (2013) and Centerlined (2006). 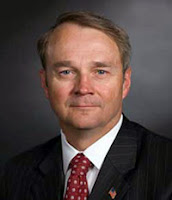 Mr. Meyerrose is an internationally respected subject matter expert on leadership, strategic planning, cybersecurity, information technology, intelligence, and military matters. He has more than three and a half decades of business, military, U.S. government, and academic experience. He has been frequently quoted in national, international, and news and trade publications and routinely appeared on nationally and internationally aired programs, including Fox News, CNN, Bloomberg International, MSNBC, and WTOP Federal News Radio. He has been a much sought after speaker and panelist at international and national policy and technical conferences and advisor to leading university presidents and deans.

Mr. Meyerrose is president of the MeyerRose Group, LLC, a company that consults with a wide range of business, government, and academic organizations on strategy, business planning, technology, education, and executive development issues. He is an visiting associate professor at the School of Information Studies, Syracuse University. He is a lecturer at Carnegie Mellon University’s School of Computer of Science with the Institute for Software Research and director for the Cybersecurity Leadership (CSL) certificate program. Additionally, Mr. Meyerrose is the President and Chairman of the Board for the Air Force Historical Foundation, Trustee for the U.S. Air Force Academy Falcon Foundation and advisor to the U.S. Air Force Heritage Program.

Mr. Meyerrose was recently a vice president and general manager for Harris Corporation, a Global Fortune 500 company. He was responsible for leading all aspects of strategy, business development and program execution for cyber growth initiatives across the corporation—and participated in multiple merger and acquisition activities.

Kevin Jackson is a senior information technologist specializing in information technology solutions that meet critical Federal government operational requirements. Prior positions include VP & General Manager Cloud Services for NJVC, VP Federal Systems at Sirius Computer Solutions, Worldwide Sales Executive at IBM, Vice President Global IT Project Office at JP Morgan Chase, and CTO at SENTEL Corporation. Mr. Jackson has been quoted in many periodicals, authored several articles and has presented at numerous venues on computers, speech technology and wireless networking. During his career with the US Navy, he held specialties in Command & Control and Space Systems Engineering while accumulating over 2500 hours and 230 carrier landing flying the E-2C and C-2A aircraft. He holds a BS in Aerospace Engineering, a MA in National Strategic Studies and a MS in Electrical Engineering (Computer Engineering).

Thank you DBT DATA for giving me the opportunity

to work with such a distinguished team !!

Stay Connected with the GovCloud Network