Maneuver Warfare in IT: A Cheerleading Pundit 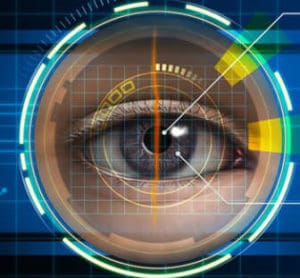 The Twitter conversation between Christofer Hoff and I went like this:
Christofer – I haven’t formally blogged a resp. (yet) to @Kevin_Jackson on his ‘maneuver warfare in IT’ Not just a cultural shift but a huge tech. one
Kevin – @Beaker I’m looking forward to your comments.
Christofer –  @Kevin_Jackson I want them to be constructive, so I’ll do my best. I’m having trouble with the reality distortion field vs. unicorns 😉
Kevin – @Beaker LOL
I strongly recommend that you read his response titled “Cloud Computing Security: (Orchestral) Maneuvers In the Dark?”. It begins:
“I enjoyed Kevin’s piece but struggled with how I might respond: cheerleader or pundit.  I tried for a bit of both.”
The challenges he had with my article, include:
His last couple of paragraphs, however, really brings it home:
“It’s absolutely a cultural issue, but we must strive to be realistic about where we are with Cloud and security technology and capabilities as aligned.  As someone who’s spent the last 15 years in IT/Security, I can say that this is NOT the “…dawning of a new day in IT security,” rather it’s still dark out and will be for quite some time.  There is indeed opportunity to utilize Cloud and virtualization to react better, faster and more efficiently, but let’s not pretend we’re treating the problem when what we’re doing is making the symptoms less noticeable.
I am absolutely bullish on Cloud, but not Cloud Security as it stands, at least not until we make headway toward fundamentally fixing the foundational problems we have that allow the problems to occur in the first place.”
Please read his post and comment.  This is a GOOD conversation !!
Follow me at https://Twitter.com/Kevin_Jackson
Posted in Cloud Computing, cloud computing security, Federal, Government, Kevin Jackson, maneuver warfare