NCOIC/NGA Demonstrates Use of Cloud in Disaster Response 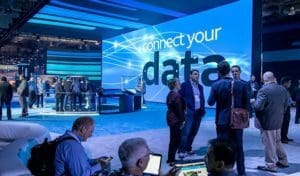 While public cloud is undoubtedly an outsized piece of the conversation, news headlines of the latest data breach can make this move a very frightening proposition. The question of how to balance the downside of cloud computing risks with the upside of promising cost savings is, therefore, top of mind.  The dilemma becomes even more… 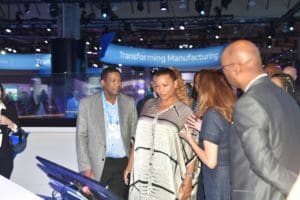 My Brush with Royalty: Queen Latifah

Queen Latifah! Hip Hop Icon. Movie Star. Television Star. Fashion Model. Songwriter. Producer. Entrepreneurial Genius!? YES! Dana Elaine Owens, her given name, is co-owner of Flavor Unit Entertainment, a firm that includes television and film production units, a record label and an artist management company. She has been managing herself since age 21 and within 2 years…

Puppet 5 is released and comes with several exciting enhancements and features that promise to make configuration management much more streamlined. This article will take a comprehensive look at these new features and enhancements. Puppet 5 was released in 2017, and according to Eric Sorensen, director of product management at Puppet, the goal was to…

5 Reasons Why Ansible is the Best CM Tool Out There?

Amidst volatile markets, dynamic technology shifts, and ever-increasing customer demands, it is imperative for IT organizations to develop flexible, scalable and high-quality applications that exceed expectations and enhance productivity. A software application has numerous moving parts, which, if not effectively maintained, will definitely affect the final quality and end user experience. This is where configuration…

Google Cloud Platform (GCP) is considered to be one of the Big 3 cloud platforms among Microsoft Azure and AWS. GCP is widely used cloud solutions supporting AI capabilities to design and develop smart models to turn your data into insights at a cheap, affordable cost. (The following excerpt is taken from the book ‘Cloud Analytics with…

What Is The Most Important Part of Architecture?

I always find it interesting to hear what people view architecture as. A lot of people think it’s just about the design aspect, where you get to put pen to paper and create a solution. Even more people think that it’s just about putting together different technical components in a server room. And these people…

This series has stepped through cloud migration best practices. After providing an overview, we discussed: Classifying business-critical data. Updating organizational IT governance policies. Application screening and cloud workload selection. How to select the most appropriate target deployment environment. With all of that completed, it’s now time to select the right cloud service provider (CSP) and finally…

In part three of this series on cloud migration best practice, I will focus on migrating the application itself. If you haven’t had the opportunity to read our recommendations from part two, “Classifying Your Data,” check it out — those activities are crucial to the decisions addressed in this installment. While many organizations are aggressively moving…

Why Use Immutable Storage?

Data has become a global currency, and its value has nowhere to go but up.  According to The Economist online, the world’s most valuable resource is no longer oil, but data. The volume and velocity of data creation are astounding, and some estimates say that something like a self-driving car can generate 100 gigabytes per…

CLOUD ACT: What Does That Mean for Your Cloud Storage

When Congress names a law after you, it’s getting serious.  That is where we are now with cloud computing.  The Clarifying Lawful Overseas Use of Data Act or CLOUD Act (H.R. 4943) is a United States federal law that amends the Stored Communications Act (SCA) of 1986.  This amendment allows federal law enforcement to compel U.S.-based technology companies…

When the world’s next major earthquake, tsunami or other disaster hits, military, government and civilian NGA project is available on the NCOIC website.

responders will need to manage and disseminate a large amount of geospatial information to collaborate and get their life-saving jobs done. An interoperable, hybrid-cloud operating environment can be quickly enabled, allowing the teams to supply and retrieve data across multiple domains. This technological advancement in creating interoperability can improve mission speed, cost and reliability. Based on this demo, an open process, known as the NCOIC Rapid Response Capability (NRRC™), will be made available to governments (international, federal, state and local), companies and other organizations that need to build a federated cloud environment. More information on the

The NGA project began in late 2012 with Cycle One, during which the cloud infrastructure was defined and built. The NCOIC team established standards and processes, utilized best practices, and addressed potential problems such as ownership, bandwidth, latency, availability, access and security. Cycle One team members were:
Cycle Two began in June 2013, with member-companies testing the cloud environment and preparing the real-time disaster simulation for Sept. 12, 2013. The members are providing technical applications and services that an international response force would use within a cloud operating environment. They are also serving as “actors” within the simulation, portraying military, government and civilian response teams from several different countries. The Cycle Two participants include:

WHAT: A real-time, open cloud computing demonstration for the National Geospatial-Intelligence Agency. This simulation of a relief campaign after a complex, major disaster is based on the 2010 Haitian earthquake; it will show how an international group of agencies and organizations, using different technologies and applications, can quickly collect, store and share critical information, without the need to set up an onsite IT hosting environment, thus saving precious time and money.

WEBCAST: A live webcast of the demonstration will be made available on the Internet to accredited media who register by September 9 to NCOIC Media Relations (www.ncoic.org/about/contact_us?tocontact=media)

About NCOIC The Network Centric Operations Industry Consortium works to enable cross-domain interoperability in and between such areas as aerospace, civil and military operations, air traffic management, health care and more. NCOIC is an international not-for-profit organization with more than 50 members and advisors representing businesses, government agencies and organizations in 12 countries. It has a nine-year history of developing world-class skills and tools that help its members and customers operate effectively across diverse global market sectors and domains. https://www.ncoic.org/.