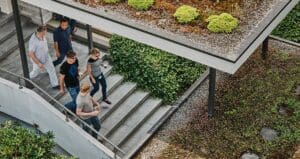 CIO dream team: Who’s in and why?

Digital Transformation and the Mainframe

Digital transformation infuses digital technology into all areas of an organization’s business or mission. Its fundamental purpose is to create and deliver innovative and industry-changing digital products and services to a global customer base. By doing this, an enterprise gains an ability to quickly act and react to changing data, operational conditions and competitive strategies… 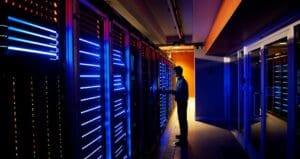 Composable Architecture Q&A. Are you ready?

Q: Is it time for my company to jump on the composable architecture bandwagon? A: Composable architectures are quickly becoming essential to the modern enterprise. Citing a recent Forrester study: the adoption of composable infrastructure as an element of a hybrid IT strategy results in faster, more flexible, and more efficient ecosystems that enable companies… 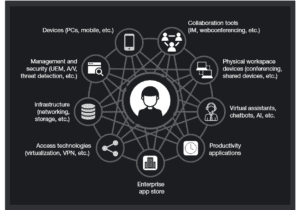 Workplace productivity is hurt every day by the very technology developed and purchased to improve it. Forrester announced this surprising conclusion in their latest “How To Wake Up From The Nightmare Of Workplace Technology Distraction” study. The Forrester Analytics Global Business Technographics® Workforce Benchmark Recontact Survey included 6,508 respondents in Australia, Canada, China, France, Germany, the…

Unveiling the end-to-end capabilities for the networked society

An Interview with Henrik Basilier  By Kevin L. Jackson The telecom industry is rapidly moving towards a future in which networks must have the capabilities of delivering services with the agility, flexibility and scalability only made possible by full programmability. More than software defined networks (SDN), these capabilities will deliver software defined service domains that… 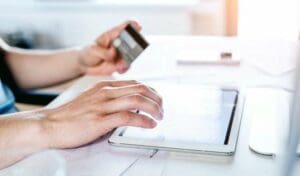 Helping clients address the trends and challenges presented by the Financial Services industry is the main focus for René Dufrene in his role as General Manager of Finance Solutions at AT&T Business. His global responsibility includes Retail Banking, Insurance, Payment, and Wealth Management solutions. His background, the impact of digital transformation, the role of 5G,…

WASHINGTON-November 19, 2013-Next month, the Network Centric Operations Industry Consortium (NCOIC) will introduce an open pattern that will enable governments, agencies and businesses to create a secure, hybrid IT environment quickly and cost effectively. Cloud computing expert Kevin Jackson has been named to lead the team that will assist organizations in adopting the process, known as the NCOIC Rapid Response Capability (NRRC), into their operations. “The NRRC was initially developed for the National Geospatial-Intelligence Agency to test the ability of an open cloud environment to quickly collect, store and share geospatial information in a complex disaster situation,” said Jackson. “We have refined the process with checklists, rules and patterns so it can promote information exchange and collaboration for a wide range of needs, including emergency response, humanitarian assistance and rapid IT infrastructure deployment.”

Jackson was part of the NCOIC industry-government team that demonstrated to NGA leaders in September the rapid capability of building a community cloud and populating it with applications. The demonstration included a simulation of a major earthquake and showed how a multinational team using different technology platforms could plug into the cloud and work together toward a common goal.

Jackson is a specialist in information technology solutions that meet federal government operational requirements. He has been part in the collaborative effort between industry and the U.S. National Institute of Standards and Technology on the federal government’s adoption of cloud computing technologies. He is author of the “Cloud Musings” blog, founder and editor of Government Cloud Computing electronic magazine, and author of two books on cloud computing.

Prior to joining NCOIC, Jackson was vice president and general manager of Cloud Services at NJVC, where he was responsible for all aspects of the business unit, including development and implementation of cloud service offerings and delivery. During his 25+-year career, he has been vice president of Federal Systems at Sirius Computer Solutions, worldwide sales executive at IBM, vice president of the Global IT Project Office at JP Morgan Chase, and chief technical officer at SENTEL Corporation. He also served with the National Reconnaissance Office in the Operational Support Office, where he provided tactical support to Navy and U.S. Marine Corps forces worldwide. During his career with the U.S. Navy, Jackson held specialties in Command & Control and Space Systems Engineering while accumulating over 2500 hours and 230 carrier landings flying E-2C and C-2A aircraft.

As the NCOIC’s rapid deployment capability executive, Jackson and his team will work will international government organizations and the cloud computing community in implementing the NRRC process. In addition, Jackson will oversee the activities of the NCOIC Cloud Computing Working Group.

The Network Centric Operations Industry Consortium works to enable cross-domain interoperability in and between such areas as aerospace, civil and military operations, air traffic management, health care and more. NCOIC is an international not-for-profit organization with more than 50 members and advisors representing businesses, government agencies and organizations in 12 countries. It has a nine-year history of developing world-class skills and tools that help its members and customers operate effectively across diverse global market sectors and domains.

For more information on the Consortium and the NRRC open process, visit www.ncoic.org.