Networking the Cloud for IoT – Pt. 1: IoT and the Government

Dwight Bues & Kevin Jackson
This is Part 1 of a three part series that addresses the need for a systems engineering approach to IoT and cloud network design: 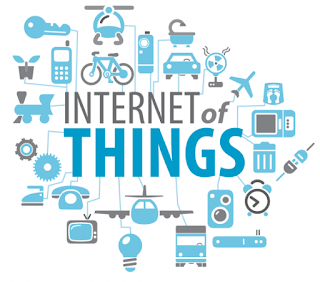 The “Internet of Things” depends on the “Cloud” for the processing and storage of data. The Cloud’s backbone, however, is the network. This logic train reveals the importance of professional rigor and solid System Engineering (SE) of the network.
Imagine a sea of sensors, put out in the field by multiple independent vendors. Complying with specifications only in an informal sense, these sensors are sending Terabytes of data to the cloud. The availability of this data to anyone globally is impressive enough. But even more amazing is the fact that anyone in the world can also develop an application or a powerful API to filter out the “nuggets” of valuable information.
This is why businesses everywhere are investing heavily into IoT’s promise. It also drives a real expectation that IoT will deliver cognition, an ability to acquire knowledge and understanding through “thought, experience, and the senses” to the Cloud. Dr. Dennis Curry, of Konica/Minolta, even hinted that “Cognition” at the IoT level is actually possible. As stated in his white paper Genius of Things, “…the real promise of the IoT [is] its potential to deliver such a leap of insight about the world around us. Only when this becomes a reality will we understand the true genius made possible by connecting many things together.”
IoT and the Government
Stuart Ravens of Ovum, in his White Paper, Understanding the IoT Opportunity: An Industry Perspective, postulated that a smart streetlight could send status updates to a central facility. If the streetlight failed, it would cause a work order to be generated, and if there were no replacements in stock, a Purchase Order to procure a replacement part could be automatically produced, and an install date, scheduled. Metrics could be generated on failure rates which could pre-position replacement parts or pre-schedule fix dates. While we recognize the “Nirvana” aspect of this “Smart Cities” technology, there are many pitfalls. This single item is likely one of thousands of items for which Municipal governments must accept maintenance responsibility for, singling out one item for maintenance is probably not a good idea. Other municipal government consumable procurements could include: Chlorine and Fluorine gas (and filters) for fresh water treatment, Ferric Sulfate for removing nitrates from effluent water recovered during sewage treatment, diesel fuel for backup generators, also gravel and asphalt for pavement repair. At some level, a multi-disciplined Engineering team needs to be employed to tease out the most important  needs.
To do this, a Concept of Operations (CONOPS) development process is leveraged to gather all of the varieties of goods that the government purchases into one procurement document. These items can then be prioritized by cost, operational values and other factors to address temporal response levels, public safety implications and maybe even political sensitivities. Only then could one even start to determine what would be bought, how, and by whom. This may be a simplistic example, but many Plant Managers could verify that this holistic approach is necessary to prevent the inevitable “whack-a-mole” effect that happens when cost is unilaterally driven down in one area, only to have it pop up in another. Ravens further states, “Most public sector organizations lack the skills and expertise to design public IoT infrastructures, placing greater reliance, and importance, on vendors… This model is inappropriate for cash-strapped public sector organizations, which as yet are unsure of the business case for IoT.”
Observing the IoT need from a national level, the U.S. Department of Homeland Security (DHS) recently awarded a contract, “to advance detection capability and security monitoring of networked systems, collectively known as the Internet of Things”.  The National Institute for Occupational Safety and Health (NIOSH) has also issued a Request for Information (RFI) for companies to answer what the IoT can do to support First Responders. In their response, the Center for Data Innovation, determined that there are both first- and second- tier sensors usable to emergency responders.  First-tier sensors could include: network-connected smoke and temperature sensors that could detect the location of a fire in a building, wearable sensors that could track the location/status of emergency response personnel at the scene, and accelerometers that could detect the structural compromise of a hospital building after an earthquake.  Second-tier sensors are detectors that are normally used for other purposes.  Satellites with Infrared cameras, for example, could be used to track wildfires to ensure the safety of ground crews, a customer’s cellphone could be used to detect and locate a car crash, and neighborhood air quality sensors could be used to track the spreading of a fire or toxic spill.  These can be very helpful, but are they secure from being spoofed by a IoT hacker?
In a 1970s episode of Hawaii Five-O, a group of would-be jewel thieves used their knowledge of the Tsunami warning system to fake a warning and evacuate Honolulu.  With this done, they would have been able to break into any jewelry store and freely take what they wanted.  Only when the authorities noticed that the first sign of a tsunami (a drastically receding tide) did not occur as predicted, were they able to find out that the warning was a fake.  While we hope that no one would use the IoT in this manner, such hope is not a prudent governmental policy option.  Governments need to ensure that the IoT used by First Responders is secure enough to prevent risk to property loss and human life.
Next Part 2: Networking the Cloud for IoT – Pt. 2: Stressing the Cloud

Dwight Bues, of Engility Corp., is a Georgia Tech Computer Engineer with 30+ years’ experience in computer hardware, software, and systems and interface design. He has worked in Power Generation, Communications, RF, Command/Control, and Test Systems. Dwight is a Certified Scrum Master and teaches courses in Architecture, Requirements, and IVV&T. He is also a certified Boating Safety instructor with the Commonwealth of Virginia and the United States Power Squadrons. He is currently working several STEM projects, sponsoring teams for competitions in the Aerospace Industries Association’s (AIA) Team America Rocketry Challenge (TARC) and the Robotics Education and Competition Foundation’s, Vex Skyrise Robotics Challenge.

Kevin L. Jackson is a globally recognized cloud computing expert, a cloud computing and cybersecurity Thought Leader for Dell and IBM and Founder/Author of the award winning “Cloud Musings” blog. Mr. Jackson has also been recognized as a “Top 100 Cybersecurity Influencer and Brand” by Onalytica (2015), a Huffington Post “Top 100 Cloud Computing Experts on Twitter” (2013), a “Top 50 Cloud Computing Blogger for IT Integrators” by CRN (2015) and a “Top 5 Must Read Cloud Blog” by BMC Software (2015). His first book, “GovCloud: Cloud Computing for the Business of Government” was published by Government Training Inc. and released in March 2011. His next publication, “Practical Cloud Security: A Cross Industry View”, will be released by Taylor & Francis in the spring of 2016