As expected, the respondents were mostly from the Federal government with 51% admitting that they new nothing about cloud computing. Industry respondent were clearly focused on the cloud with 66% claiming that they were very familiar with the topic. 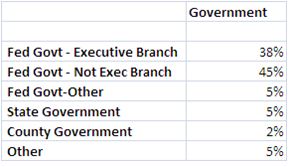 As in the earlier survey, datacenter and capital budget limitations seemed to be the driving force behind the government’s interest in cloud computing.

As shown in the earlier survey, security remains the number one concern among these prospective cloud users. 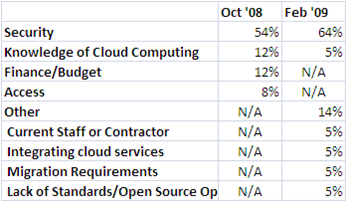