The Cybersecurity Sprint: Are we safe yet? 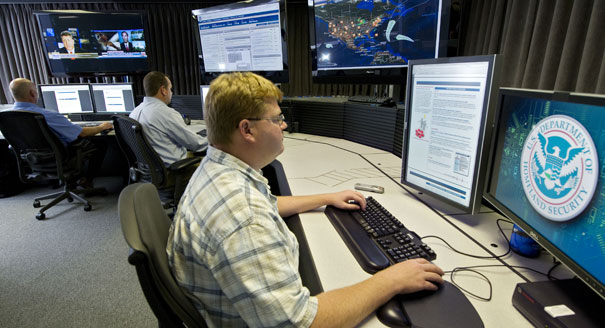 Recent unauthorized access to a U.S. government database led to thecompromise of information on at least 21.5 million individuals. This massive background investigation data breach also compromised usernames, passwords, mental health records and financial information. Although a security update applied by the Office of Management and Budget (OPM) and the Homeland Security Department (DHS) in January ended the bulk of the data extraction, the U.S. government-wide remediation efforts were extended by launching a 30-day Cybersecurity Sprint.

This action was done to assess and improve the health of all federal assets and networks. Agencies were instructed to immediately patch critical vulnerabilities, review and tightly limit the number of privileged users with access to authorized systems and dramatically accelerate the use of strong authentication, especially for privileged users. 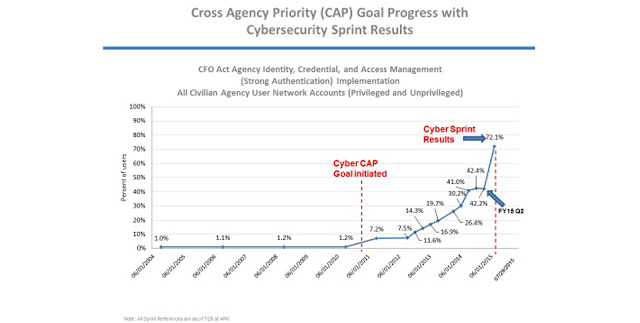 Although I applaud these recent efforts the Federal government has a very long way to go before anything like “Mission Accomplished” can be claimed.

One major and costly challenge will be in the area of software development. A recent analysis, State of Software Security by Veracode, that rated application security by using compliance with Open Web Application Security Project (OWASP) top 10 vulnerabilities recommendations as a yardstick found a “low pass rate” in government applications. This dismal finding was theorized as being the result of a:

The four most important vulnerability categories listed by the study are SQL injection, cross-site scripting (XSS), cryptography issues and command injection. This is due to the pervasiveness and severity of these vulnerabilities, specifically:

Government developed software has performed poorly by having the highest prevalence of both SQL injection and cross-site scripting when compared to other industry rates.

To improve on the current sad state of government cybersecurity, the Federal Information Security Management Reform Act (FISMA Reform), has been proposed as a new bill. This legislations offers five major initiatives designed to improve the overall security posture of federal networks:

As citizens we all place a significant amount of trust in our government’s ability to defend and protect society and our way of life. In the modern world this trust extends into our cyber life as well. Although individuals still need to take more responsibility for how they manage and protect their own information, our government needs to look at how they are managing our data and protecting information. National security needs to be a priority to all.
FY 2015 Q2 (4/15) vs. Cybersecurity Sprint Results (7/29) 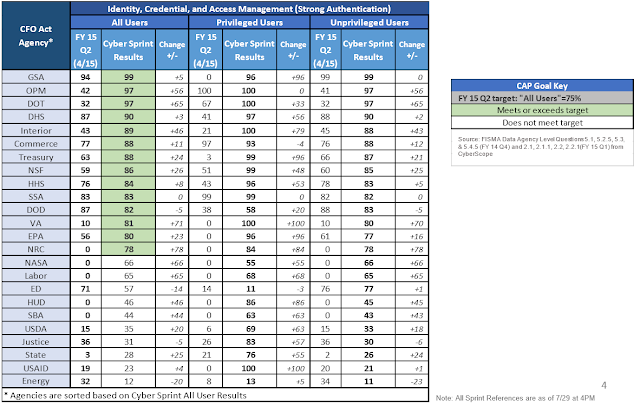 ( This post was written as part of the Dell Insight Partners program, which provides news and analysis about the evolving world of tech. For more on these topics, visit Dell’s thought leadership site Power More. Dell sponsored this article, but the opinions are my own and don’t necessarily represent Dell’s positions or strategies.)