In the mythical, medieval land of AWS, a civil war brews between the several noble Cloud Services over rulership. Meanwhile, across the sea, the former controlling dynasty, Traditional IT, attempts to make its way back home and reclaim the throne with the help of the “Do It Yourself” old guard. While the conflict of political power ensues in the civilized world, an ancient, forgotten army of an undead race located far north of any inhabited territory begin traveling south for a chilling invasion, known fearfully by living IT professionals as the CFOs!

Visit Cloud Endure to learn more about Top 76 Products on the AWS Marketplace for 2016! 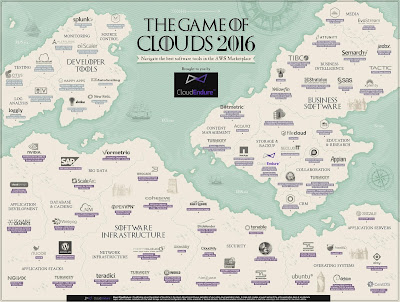